Points: 20
Fame/Infamy: 0 ____ Pryce, Emmett Bio Information Picture: [Emmett
Age: 15
Height: 5’07
Weight: 155 lb
Gender: Male Physical Description: Skinny light skinned biracial Japanese/African American male. He wears his hair in a moderately long faux hawk and tends to be colored brightly although it is naturally dark brown. His body mostly blemish free apart from a puncture wound in his right bicep. His hands are Clothing/Accessories: A colorful blue jean jacket with the sleeves ripped off. The back has many patches of historically significant events. The front features an aurora graphic. Hey typically wears tank tops and jeans. His right cartilage is pierced and has silver hoop and gold stud. Personality: A short sighted activist that believes in the right for public use of quirks. He wants quick change and demands it. He believes that his position is so obvious that he doesn’t like to explain or justify it. Quirk discrimination and superiority are heated subjects for him and he won’t enforce laws he doesn’t believe in.
Emmett is quick to action and encourages others act but he doesn’t work well with others. This is due to a failure to participate in conversations to up with a plan. He runs off at the mouth, not being careful of how conveys (doesn’t sugar coat). He claims that gossip and ideal chatter is a waist of time but will be the first to listen in. He doesn’t believe that age or position should be considered as factors for respect.
Interest activism, politics, history, and science. Combat Information Rank: D-Rank (Student)

Repulse wrote:* Repulse: an emitter barrier type quirk that allows the user to create a shroud that repels matter it encounters. This ability is activated consciously/willfully. The quirk stat determines the surface area of the shroud speed and strength of the repel. For every point in the quirk stat the max diameter of his repulse field can expand 1 meter. If a force is greater than the repel ability then Emmett is pushed the differential. 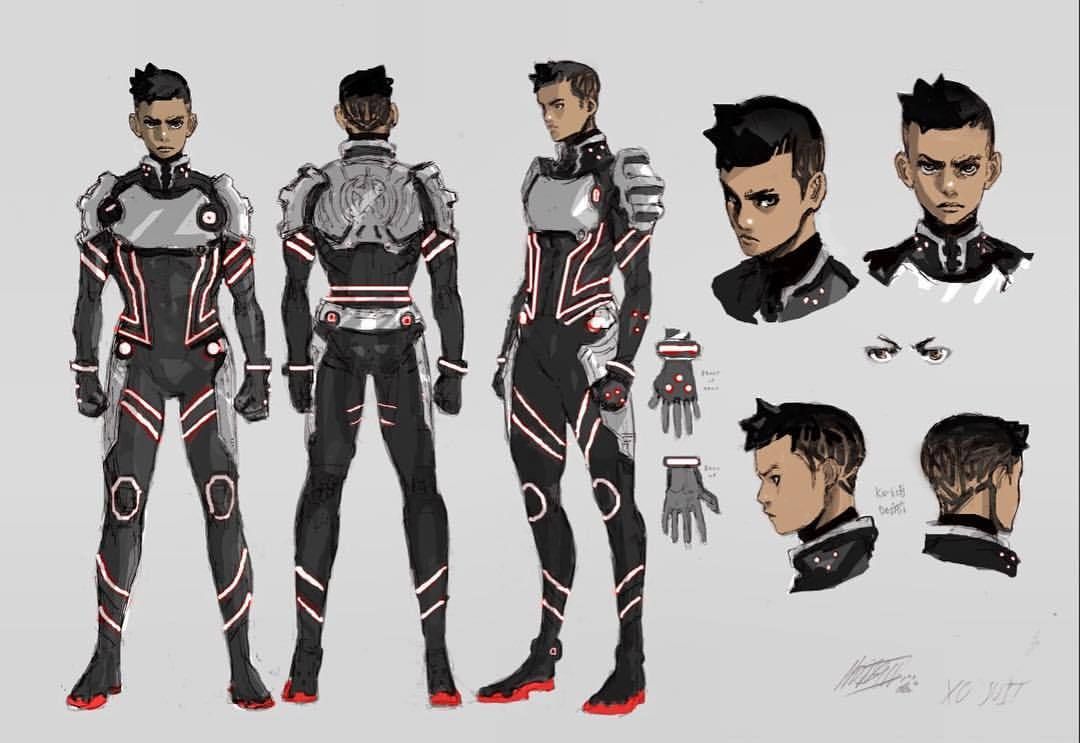 Your picture doesn't show up, you can use [img=X,Y][/img] or if you just want it at base resolution do [img][/img].

You also have 20 points to spend still if your Support Equipment doesn't have a function. You can buy states or equipment with it.

Also I'd recommend tailoring your quirk to elaborate on the size to say "size can reach up to [Quirk Stat] meters diameter", as well as add it can be overcome with things stronger than the repel. Otherwise the app looks good. Also I would say discrimination isn't particularly harbored against mutant types as they're one of the more common quirk types, in-fact its quite a catered too market, however that's not to say its entirely non-existent. Just be aware its not particularly prevalent among most people.
word count: 142
Top

I think things may be different in other localities with quirk marriages not being the only factor of special arrangements. But this won't be a big of his journey.

Added what you mentioned about the quirk. I'd like to save the points because I've identified some rather pointed weaknesses I want to tackle in rp.
word count: 58
Top

You can't take the points past registration, thats why I suggested to use them now on equipment and stats.
word count: 20
Top
Post Reply
4 posts • Page 1 of 1