Points: 0
Fame/Infamy: 0 No vigilante name as of yet Ravencroft, H (Hank) Rambo 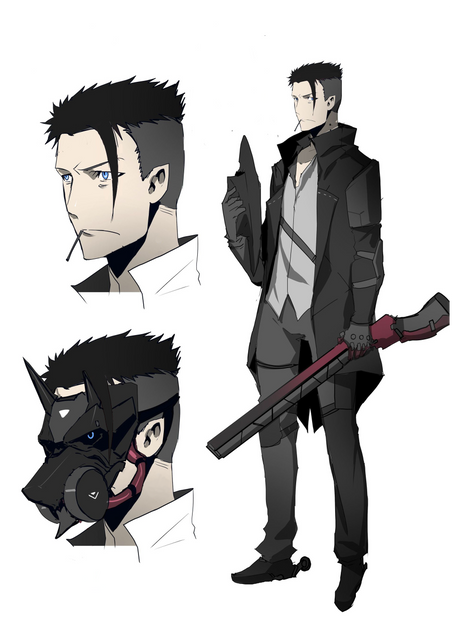 Bio Information Age: 30
Height:5'11 (180 cm)
Weight:187 lbs (85 kg)
Gender: Male
Physical Description: Rambo is a tall and muscular man from his years of military training. He has raven-black hair with sharp blue eyes. His eyes hide a fit of certain anger, trauma, and sadness between which can make him hard to approach and look mildly intimidating.
Clothing/Accessories: Rambo usually wears a trench coat and a casual shirt with somewhat formal or casual pants and always some combat boots likey from habit as a former soldier since childhood.
Personality: Rambo is a troubled man, the years of trauma and PTSD have worn him down to become cynical, vengeful, depressed, and distant. He has a host of problems like a smoking habit and drinking problems making him very unstable to be around. Nightmares and flashbacks are common at night and his soldier training and experience have made him a light sleeper that always keeps alert. He can have sudden angry and sometimes violent outbursts depending on the circumstance due to having his entire life revolve around violence. Curiously he expresses deep concern for animals seeing them as kind, docile and is not subject to "human nature" often feeling pity and tries to help if one were to get into trouble. Regardless of his violent nature and nurture has plagued his and everyone else's lives it's only a matter of time before it all comes back again. Combat Information Rank: B-rank Special forces war veteran

Need to define what major or minor injuries are exactly. I think it might be easier for instead of violent acts allowing you to create ammo, just make it so you can create x amount of bullets per post or large sum of bullets and then a cool down that lessens the higher your quirk stat is.
word count: 57
Top
Post Reply
2 posts • Page 1 of 1